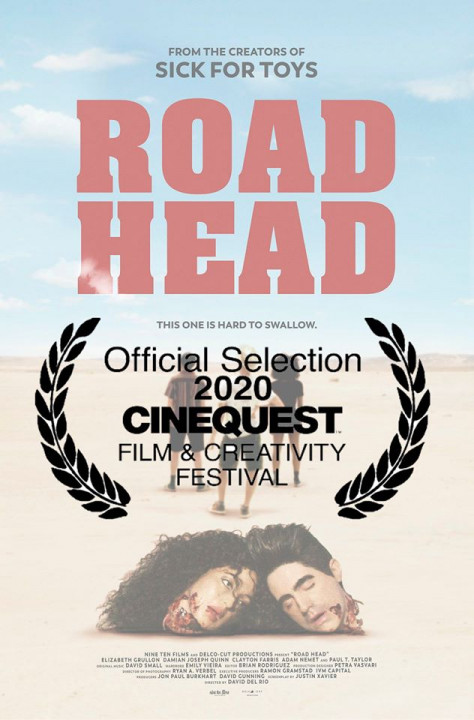 See you at Road Head's premiere in March -- the centerpiece for CineQuest this 2020! 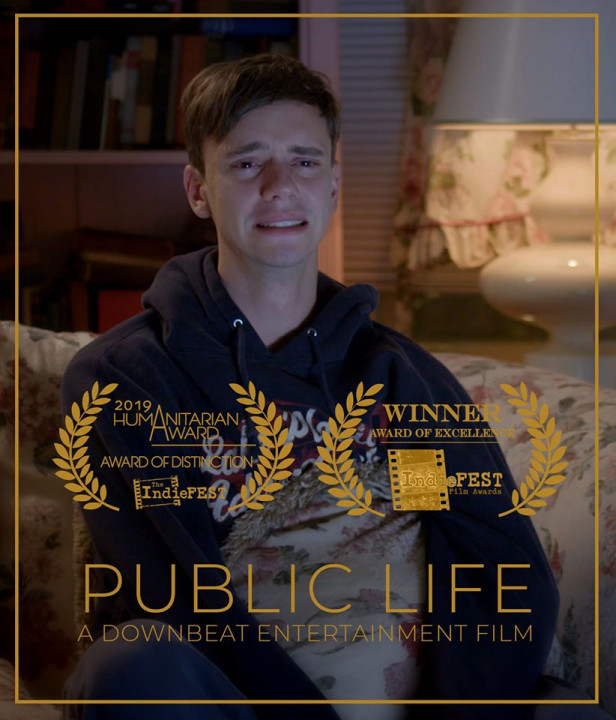 Public Life gets a Humanitarian Award of distinction for bringing awareness to Social & Mental Health issues AND wins an award of excellence at the 2020 IndieFEST! 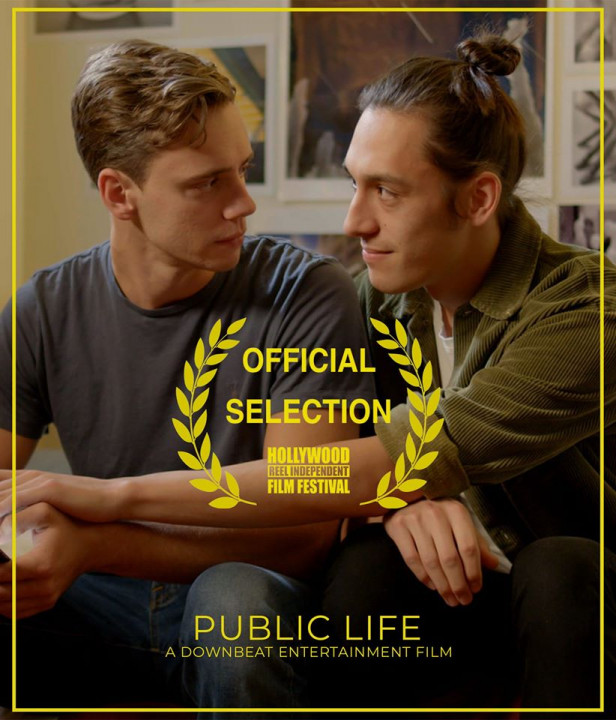 I got to sit down with Jennifer Ortega and talk actor's process and horror for Muse TV! More Road Head details to come! 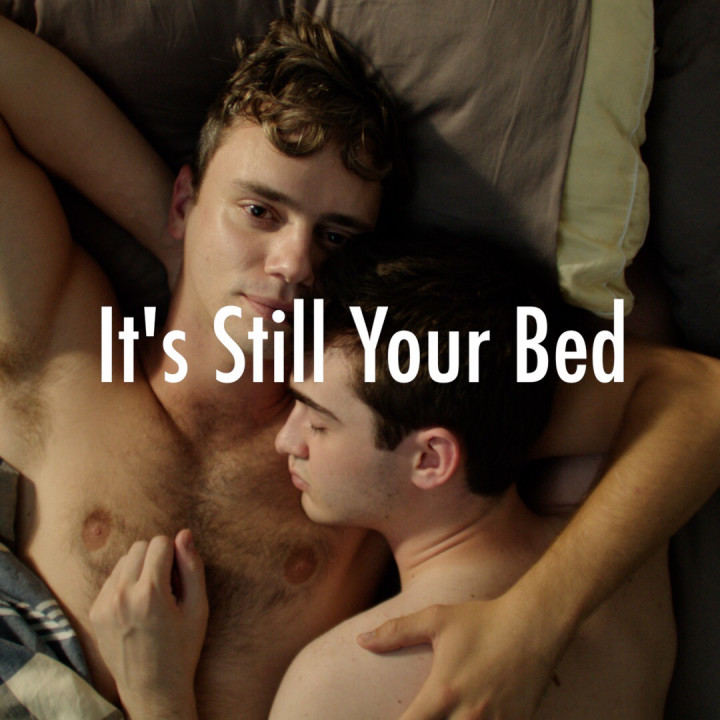 It's Still Your Bed, shot by Laura Jansen and directed by Tyler Reeves, broke 500k views on YouTube in under a month! This is a story about facing our closets and coming home to resistance, judgment and fear. A very special project I will never forget.

Unreal!! Fake News Writer wins the Webby Award for 2019! We beat James Cordon for our category! 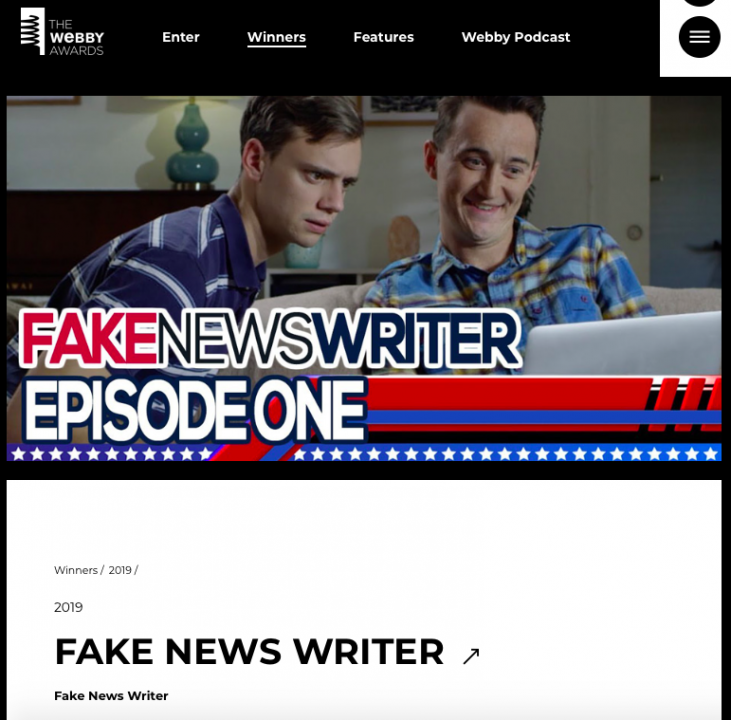 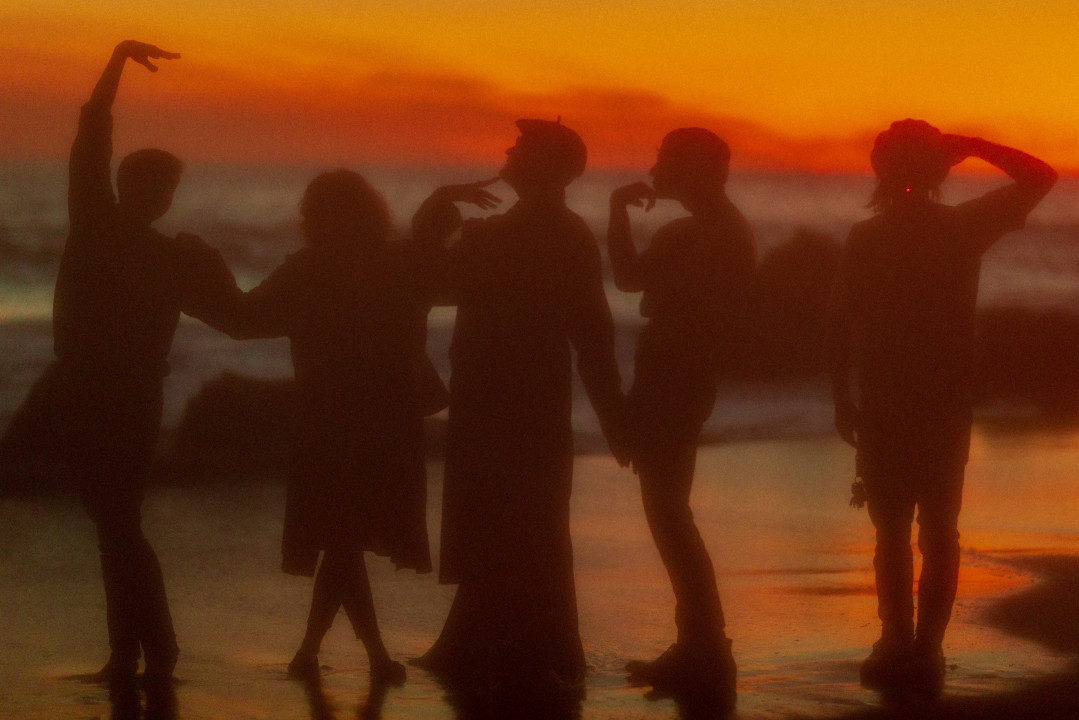 It was such a dream shooting with Franz Szony -- I've been a fan of his photography for too long. I got to play the husband of pin-up icon Doris Mayday, shot by Joseph Adivari and directed by Conner Sorensen. 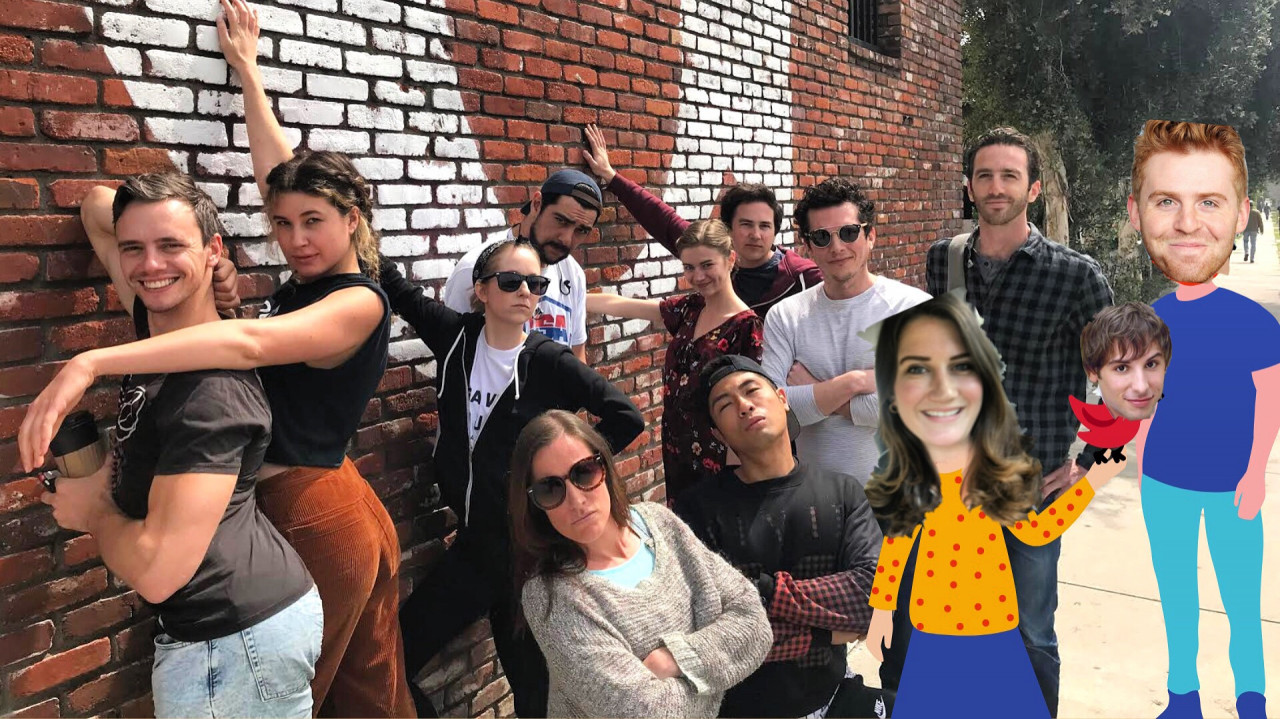 Jeff Galante's Advanced Show of Groundlings improvisers! So proud to be part of this amazing group of crazies. We'll be performing May 17 -- tickets sold at the door.

Becoming a Monster in Cybolica

Yup. That's me. Cybolica was unreal. I played a creature -- a once juvenile delinquent turned into an insane monster. Could hardly breathe in this costume -- it took four+ hours to get on. Got to kill some fellow juvies (doing all my own stunts - IN this silicone mask!). Santino Ferrese has an amazing mind. Directed by Alex Greenlee. 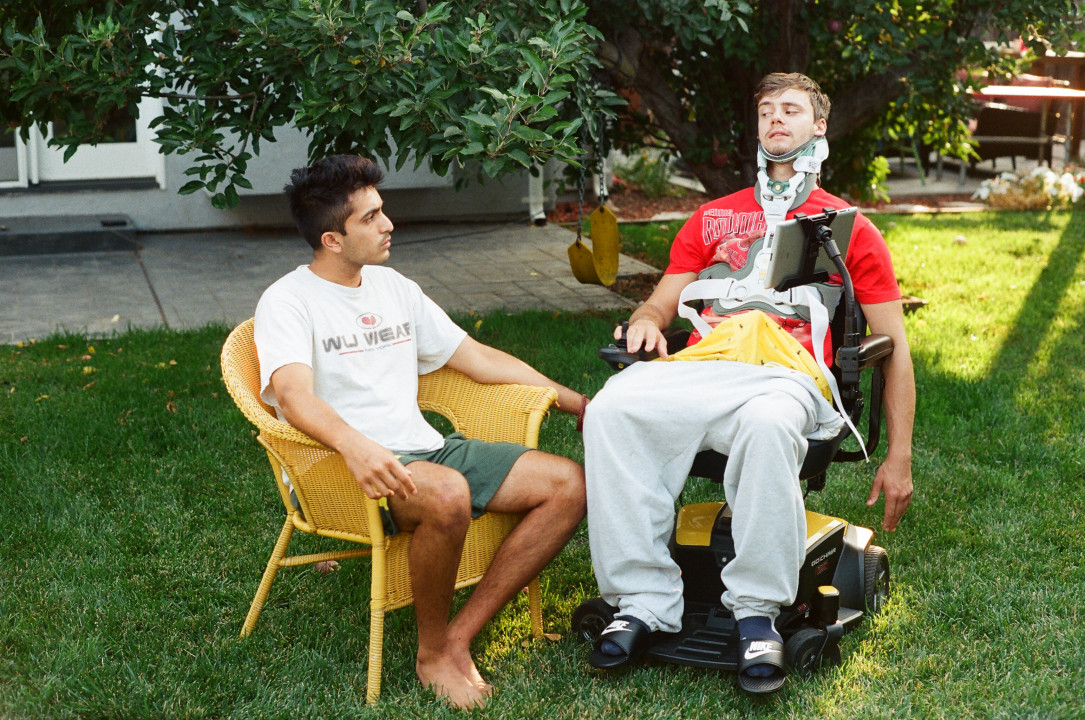 Homie was unforgettable. Nikhil Ganesh took on his own life -- he examined his culture, his socialized behaviors, what was 'cool,' and what was 'hard' on the courts and growing up in Cupertino. He wrote Homie to challenge the world he was used to. Together, his character, Sid, and mine, Adam, face levels of vulnerability neither could have imagined. Adam gets hit by a car, and suffers a paralysis called Central Spine Syndrome. Adam is looking at 4 to 5 years of extreme immobility from the chin down, only able to move two of his right fingers and his toes. The two, together, encounter what is toxic and unrealistic about their sexual and gender performances, and learn what makes a man soft and what makes him hard (in more ways than one).

Killing Nazis with these American Studs in Nazi Overlord 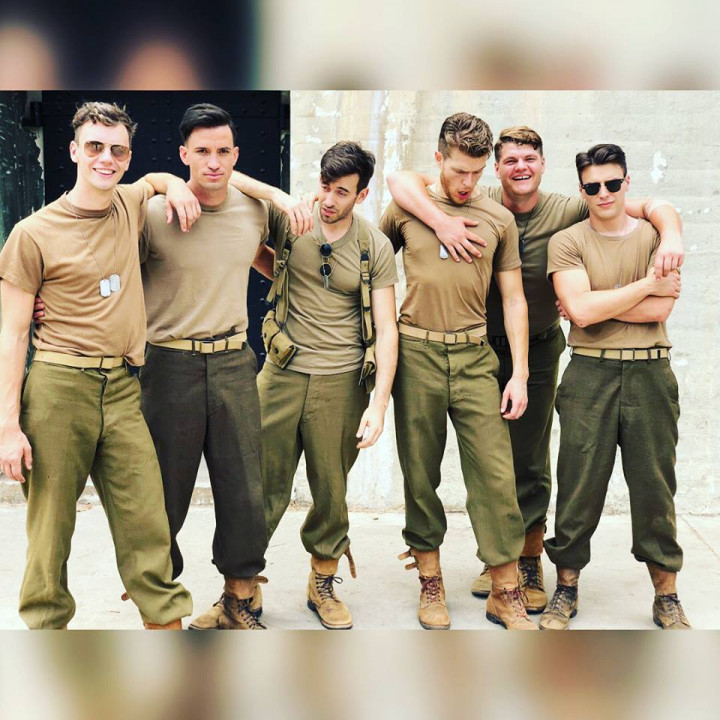 Scotty Mullen's Nazi Overlord, directed by Rob Pallatina, starring Tom Sizemore and Dominique Swain, was nothing short of a blast. In the midst of thoughtful, tender shorts, this bloody, gutsy, Naz-i feature was its own unforgettable journey in the craft of acting. I play Grey - an advanced marine going on a mission with his comrades to rescue an American scientist over enemy lines. Grey is skilled with a gun, quick to recover, and ridiculously afraid of closed spaces. We shot this entire feature in 9 days. One for the books!!

The dreamy world of Lovely

Jess Conkwright's story, Lovely, captures a story of love, of chance, of timing. Dylan and Iris meet in a bookstore. They are struck. In the words of Nayyirah Waheed, "they can love you in ways you've never been loved and just not meet you on the bridge." Lovely reminds us that the heart may not be ready to leap, that love is a much more fragile balance than chemistry, chance, passion, connection and the right place. 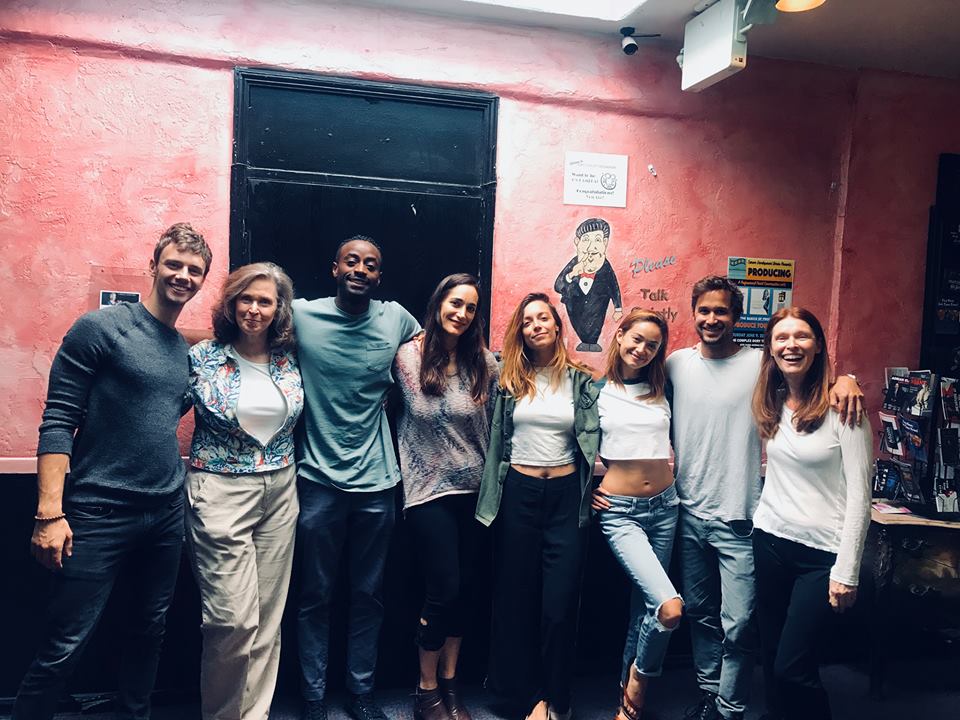 Fake News Writer was a riot!

Throughout May, Pzena Productions created Fake News Writer. The ensemble was far too fun to play with - the creative team operating like a family. Ethan, a recent NYU graduate, moves to LA on a leap of faith. Unfortunately, he has nothing but a dream. Ethan adapts to writing fake news for the Trump campaign in efforts to pay his bills while he chases his screenwriting fantasy. This 10-episode YouTube comedy follows an awkward, passionately objective writer as he hides his secrets from his best friends. 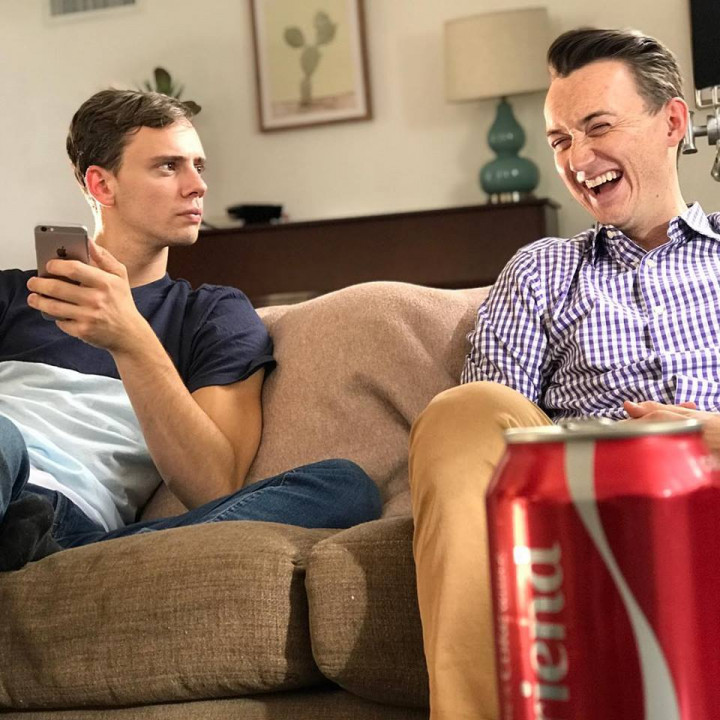 A sobering meditation on school shootings with Public Life

Downbeat Productions created a confrontational, tender, delicate piece with Public Life. The film tells the tale of Eric weeks before his friend's passing, and three years after. It's an examination of how scars heal, how those student survivors grow up, malnourished and marred, after something haunting and traumatizing. Public Life discusses the lack of privacy in healing in an age of social media, the fragility of the LGBTQ+ community in youth, and the nightmares around school shootings. Playing Eric was an homage to a social epidemic I feel passionate about - my bones ache when I am reminded of the excess shootings this past decade. Public Life is a portrayal of survivor guilt, of mourning, and of trying to love again. 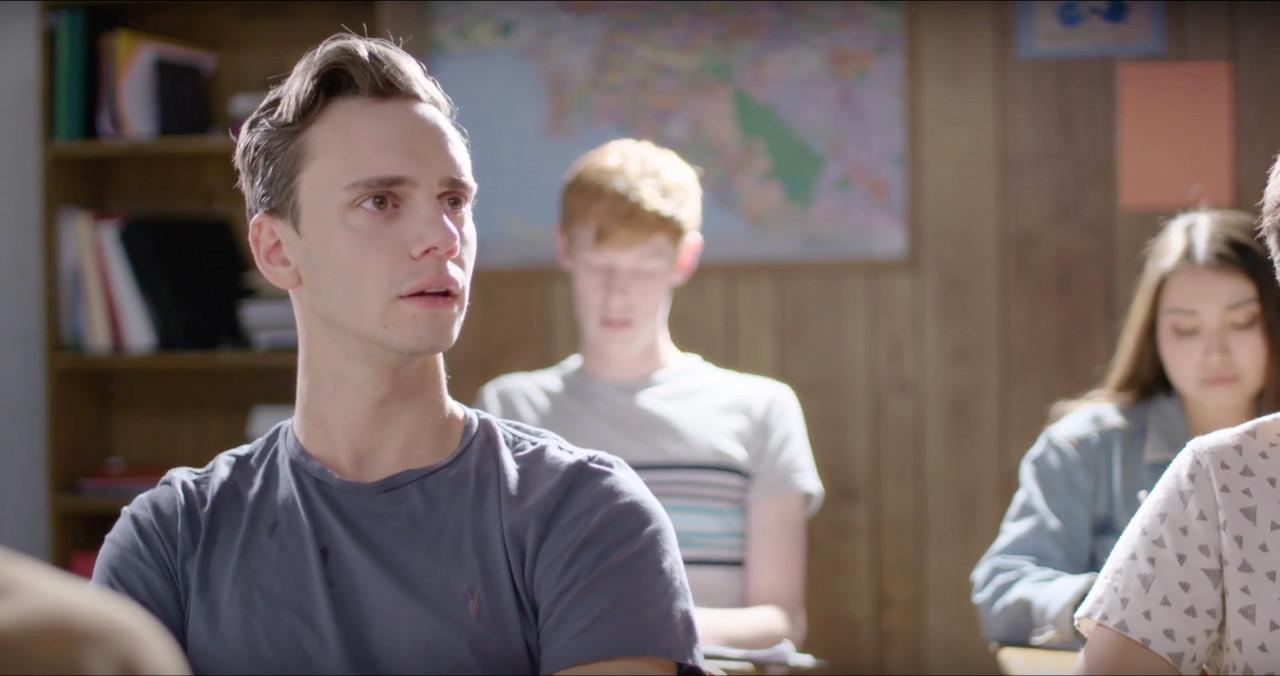 In Search of Absolute Freedom makes for a Happy Thanksgiving!

Lovish Singh's passion project, In Search of Absolute Freedom, was humbling and challenging. The short is an abstract, experimental film articulating the philosophical pursuits of spiritual freedom. Icharus awakens in a bathtub, chained to an old, locked suitcase and a flashlight. He is, unknowingly, on a journey to harmony, inner-peace, and happiness.

Natasha Benham's brainchild, COMPANY, is proudly wrapped. COMPANY's proof of concept was shot in October -- a pitch for a full TV comedy about 5 roommates who stumble into self-prostitution to pay the bills. I play Cam, a wry gay man that speaks his truth with pursed lips and an arched brow. Shooting COMPANY was a blast... you know it's special when the crew is giggling behind set. Clock the "STD Scares" scoreboard!

From left to right: